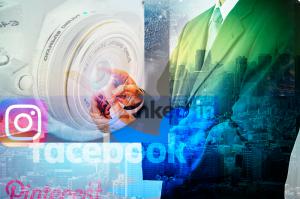 Anything public – including public information, public acts and voluntary disclosures – can be observed and reported by the private investigator. But the legal boundaries are shifting, and technology is driving the shift.

A savvy, responsible private investigator can usually obtain legally-permissible evidence, and knows the pitfalls to avoid. Our experienced team can fulfill this role in your case.”
— John A. DeMarr, PI

Anything public – including public information, public acts and voluntary disclosures – can be observed and reported by the private investigator. But the legal boundaries are shifting, and technology is driving the shift.

The new technology presents new surveillance opportunities, including the following.

Social Media: The key to online investigations is social media. People say the most revealing things on Facebook, Twitter, Snapchat, etc. Birthdates, family members, photographs, vacation plans, physical whereabouts at a certain point in time, even evidence of a crime – all of these can be gathered by the savvy investigator. And even when specific facts remain hidden, social media postings can lead the investigator to the answer, or narrow the search for information. It’s all about putting together the pieces of a puzzle.

GPS and Tracking Devices: Location tracking goes way beyond hopping in a taxi and telling the driver “Follow that car!” Modern GPS technology allows small devices to be attached to cars or trucks, and shows where the vehicle has been driven. This can show a pattern of suspicious activity, or a spouse violating a restraining order, or an individual checking into a motel. The U.S. Supreme Court has held that using tracking devices without a warrant constitute an illegal invasion of privacy. See: U.S. v. Jones, 565 U.S. 400 (2012). But a registered owner can consent to placing a tracker on a car. An employer can too, for a company-owned vehicle. These exceptions can frequently allow a tracker to be placed, and GPS information gathered.

Listening Devices: Audio recordings are limited by state laws. In some states a recording can be made if one party consents to be recorded during a conversation. In California, recording takes all parties’ consent, but only applies to confidential communication. See: Cal. Penal Code § 632(a). Arguably, this rule does not apply to conversations taking place in public, in restaurants, or in loud voices a bystander could overhear.

Video Recording: All states outlaw using hidden cameras to look inside a dwelling, or any private space. But video recording in public places is acceptable. And since smart phones now record video, sometimes it only takes holding the camera up where it can be seen, to remain permissible. This is often done to record process service.

When you are involved in a court case, you frequently need admissible evidence of the other party’s actions. This can include surveillance information. A savvy, responsible private investigator can usually obtain legally-permissible evidence, and knows the pitfalls to avoid. John A. DeMarr, P.I., provides experienced surveillance investigators to fulfill this role in your case.

We can steer you through the process of investigating your case in California, across the United States, in the United Kingdom, Canada, Mexico, Europe, Asia and Latin America.