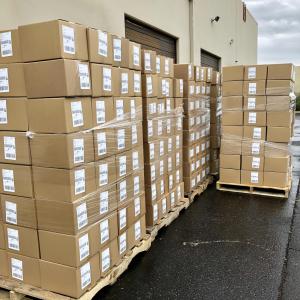 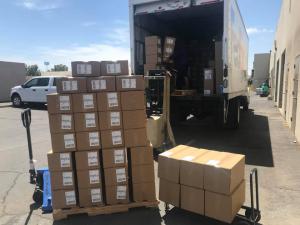 This company was built to donate, it exists for this reason only so giving back is in its culture.”
— Kenric Hwang

SCOTTSDALE, AZ, USA, December 6, 2018 /EINPresswire.com/ — Max and Neo is known for their generous 1 for 1 donations in the dog rescue community. This 3 year old company consistently donates their products to rescues throughout the United States every week. But what Max and Neo announced on Black Friday shocked the rescue world as they said that they would be donating to every dog rescue on their donation list. Their rescue list consists of over 2,000 rescues.

"Dog rescues having been supporting us since we started, so we figured this would be a great way to show them our appreciation for their support." stated owner Kenric Hwang.

With 25 items per box, such as leashes, collars, and supplements, the retail value of each donation is approximately $400, bringing the total donation value to an incredible $800,000.

"This company was built to donate, it exists for this reason only so giving back is in its culture. Our dog rescue list is growing at an incredible rate so we just need to keep our sales rates up to match it. Our goal is to the point where no dog rescues need to spend any money on leashes or collars ever again."

Donation announcements are made every Friday on their Facebook page, where everyone can see which rescues are getting donations that week.

Max and Neo is always accepting new dog rescue and shelter submissions. A dog rescue can apply to be added to their donations list by completing their suggestion form on their website.

Since its inception in 2015, Max and Neo has donated approximately $3.5 million worth of dog gear.

About:
Max and Neo is a mission-based dog accessories company that donates one for one to dog rescues for every leash and collar that it sells. Max and Neo is based in Scottsdale, Arizona.

Max and Neo’s Video Announcement of Their Holiday Donation