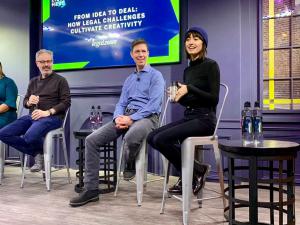 Dunlap Bennett & Ludwig Participates in a Panel Discussion on the Creativity and Practical Business of Movies at the Sundance Film Festival.

Tom has represented clients in the film and entertainment industry for many years and is a Power 100 Hollywood lawyer. He has also worked on many films including The Hurt Locker, Expendables 2, and on the other side of the film industry with a producer credit for the film Assault on Wall Street. Tom has worked with many independent film producers, directors and actors over the years.

“Making movies is about being creative. Successfully making movies is about combining creativity with the practical business side.” Mr. Dunlap quoted in an interview from the festival. “The panel 'From Idea to Deal' saw leading film makers and I sharing our personal advice on the nuts and bolts of how to juxtapose creativity and success in everything from hiring actors and producers, to assigning credit, to dealing with location and personal releases.”

The Sundance Film Festival is a program of The Sundance Institute which takes place annually in Sundance, Utah, and is the largest independent film festival in the United State, showcasing new work from American and international independent filmmakers. Close to 47,000 people attend this annual event.