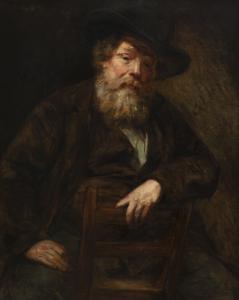 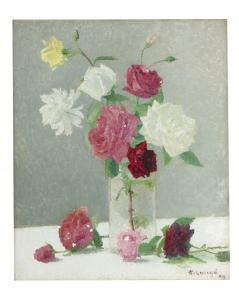 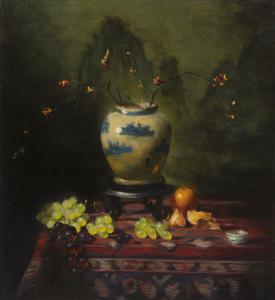 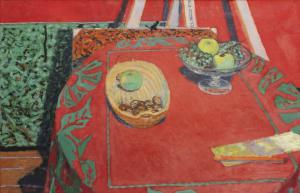 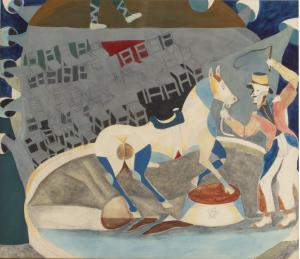 Proceeds from the sale will go to benefit Alzheimer’s Research. The Kate Edelman Johnson collection comprises 57 lots of fine art and antiques in the auction.

DOWNTOWN LOS ANGELES, CA, UNITED STATES, April 22, 2019 /EINPresswire.com/ — Andrew Jones Auctions’ upcoming Design for the Home and Garden auction scheduled for the weekend of May 18th and 19th will feature property from the collection of Kate Edelman Johnson, with proceeds benefiting Alzheimer’s Research. The Kate Edelman Johnson collection comprises 57 lots of fine art and antiques in the auction.

The event will be held in Andrew Jones Auctions’ downtown Los Angeles gallery, at 2221 Main Street. Previews will be held Wednesday thru Saturday, May 15th-18th, from 10 am-5 pm, and Sunday, May 19th at 10 am. Times quoted are Pacific. Internet bidding will be facilitated by LiveAuctioneers.com, Bidsquare.com and Invaluable.com. Phone and absentee bids accepted.

Kate Edelman Johnson is the daughter of film and TV producer Louis F. Edelman and the widow of Deane F. Johnson, an entertainment attorney and Managing Partner of O’Melveny & Meyers, who later became President of Warner Communication, Inc. and Time-Warner, Inc. Kate is a film producer, philanthropist and art collector who also worked for her father on his TV shows.

Deane F. Johnson was a legendary entertainment attorney and a preeminent alumnus of Stanford University. Deane excelled in all facets of life. He was a respected attorney and a successful producer, a connoisseur and a collector, a philanthropist, an environmentalist and a humanitarian. Deane died on February 28, 1999 at the age of 80 after a valiant battle with Alzheimer’s disease.

During their life together, Kate and Deane traveled extensively and acquired works of art with which they emotionally connected. Adolphe-Felix Cals’ Portrait of an Elderly Man with a Beard and a Hat, 1875 (est. $2,000-$3,000) accompanied them on their various moves from coast to coast and hung in a place of honor in the dining room of their Beverly Hills residence.

Also sold will be Francesco Toledo’s En el Circo, circa 1970 (est. $18,000-$22,000), a piece Kate’s mother purchased during a trip to Mexico and was proud to display; and paintings by Donald Teague, Émile-Antoine Bourdelle, Bernard Lorjou, Laura Coombs Hills, Sali Herman, Martha Walter and Pablo Picasso. Chandeliers, carpets and furnishings will also come up for bid.

After her husband’s death, Kate honored his memory by establishing the Deane F. Johnson Alzheimer’s Research Foundation, dedicated to funding research focused on the prevention and cure of Alzheimer’s disease. Today, she chairs the Board of Directors and works to mobilize funding to support the foundation’s priorities and goals.

As a seasoned entertainment industry professional, Ms. Johnson is a trustee of the Actors Fund of America and serves on the Council of the Next Generation of the Motion Picture and Television Fund. She supports the American Film Institute and United Cerebral Palsy, in memory of her mother Rita Edelman, who was President for Life of the Los Angeles Chapter.

Opened summer 2018 in downtown Los Angeles, Andrew Jones Auctions is a full-service fine art and antiques auction house with an understanding of the market trends and foresight for the 21st century. The staff has a wealth of knowledge, having worked for many years at major international auction houses in America and Europe, sourcing property from across North America. The sales are diverse and eclectic, featuring items from the 16th thru the 21st centuries.