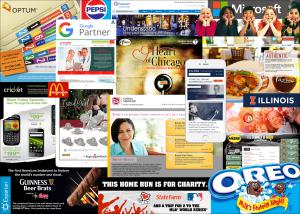 atCommunications is celebrating its twentieth year in business. Since 1999, the firm has designed, programmed, managed and promoted more than 1,000 Web sites, CDs, DVDs and mobile applications. The firm is also a Google digital marketing agency partner an 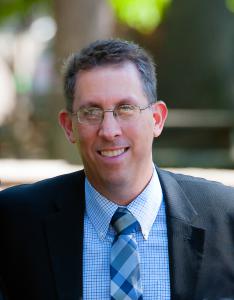 “We’re extremely proud of this award,” said atCommunications’ founder and creative director Terry Kasdan. “The fact that we’ve been fortunate enough to win four times is indicative not only of this particular Web site, but of all the work we do and the am

As technology has evolved over the course of the last two decades, so have firms like atCommunications that create content for it.

NORTHBROOK, IL, USA, August 16, 2019 /EINPresswire.com/ — When entrepreneurs Terry and Abby Kasdan founded Web development and digital marketing agency atCommunications in 1999, many of the tools they rely on today didn't exist. Smartphones and social media were products of the future. Now they and their clients can't live without them. As technology has evolved over the course of the last two decades, so have firms like atCommunications that create content for it.

This month atCommunications celebrates its twentieth year in business. Since 1999, the firm has designed, programmed, managed and promoted more than 1,000 Web sites, CDs, DVDs and mobile applications for clients spanning the spectrum of industries and service sectors—from Fortune 500 companies like McDonald's, Microsoft, Pepsi, Pfizer and State Farm, to Grammy-winning songstress Shakira's charitable organization, the Barefoot Foundation; from multi-national corporations like Experian and Unilever to small businesses and not-for-profits serving their communities.

"We believe a unique blend of creativity, technical skills and marketing experience sets atCommunications apart from other Web developers," says the firm's founder, Terry Kasdan. "Every project we undertake is serviced by a team of award-winning designers, programmers, and digital content producers." The Kasdans' advertising agency backgrounds give the firm a perspective that many other Internet service providers do not have. Terry Kasdan, a graduate of the University of Illinois' advertising program, now serves on the college's professional advisory board, sharing real-world insights with faculty and students.

When the Kasdans started atCommunications in the late 1990s, few businesses had Web sites, but every business needed one. At the time Terry Kasdan worked by day for a traditional advertising agency; but two to three times per week he also worked all night building Web sites as a freelancer. "It was exhausting but also incredibly exciting," he said. "I was in the right field at exactly the right time. In less than a year, I was fortunate enough to have enough business of my own to leave my ‘day job.'" In August 1999, atCommunications was born.

Growing a new business was no small task, but the Kasdans were no strangers to hard work. In high school Terry Kasdan, a competitive ice hockey player, spent summers training with the U.S. Select Team at the United States Olympic Training Center, and in college he earned All-America and Academic All-America honors. In college Abby Kasdan earned a coveted internship with BBDO, at the time the world's largest ad agency, and landed her first job out of graduate school at the same agency. In 2000, Abby (the "a" in atCommunications) and Terry (the "t") married.

This was at the beginning of the dot-com era, and atCommunications' business took off. In 2008, atCommunications became one of the first agencies in Chicago to be certified by Google in the area of search marketing. The award-winning nature of the work atCommunications now produces, along with the special relationships the Kasdans nurture with partners like Google and other Chicago-area ad agencies, helps atCommunications generate enormous exposure for its clients' products and services. Last year the firm earned its fourth American Graphic Design Award, presented by Graphic Design USA magazine, for a Web site it produced for the University of Illinois. A decade ago, a "pet project" of the agency's was spun off and acquired by a venture capital firm.