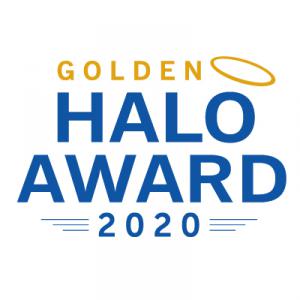 RYE, NEW YORK, USA, December 11, 2019 /EINPresswire.com/ — Engage for Good has named Levi Strauss & Co. and Habitat for Humanity International its 2020 Golden Halo Award winners, the group’s highest honor for companies and causes that engage in activities designed to do well by doing good.

Accepting the honors at the Engage for Good Conference on May 27-28th at Austin’s Hyatt Regency Hotel will be Jonathan Reckford, CEO of Habitat for Humanity International, and Kelly McGinnis, Chief Communications Officer of Levi Strauss & Co.

This marks the 18th time the Golden Halo Awards have been given to a business and a nonprofit for their outstanding achievements in the field of corporate social impact.

“With the evolution of the social impact space and rising consumer and employee expectations, it’s incredibly inspiring to see how organizations like Levi’s and Habitat for Humanity are raising the bar for all of us,” said Engage for Good President David Hessekiel. “The Golden Halo Awards are reserved for those companies and nonprofit organizations that manage their affairs in a manner that meaningfully and measurably yield social and financial dividends. We’re thrilled to showcase these organizations and their impressive efforts to unite and engage consumers and employees around initiatives that are making a purposeful impact in our world.”

2019 Golden Halo Award Winner (Corporate): Levi Strauss & Co.
Jeans started as an invention for the American worker in 1873 and quickly became the uniform of progress. Worn by miners, cowboys, rebels, rock stars, presidents and everyday men and women, this functional denim staple were the clothes people not only worked in—they lived their lives in, too.

From its humble beginnings, Levi's® have come to represent the purest wearable form of authentic self-expression. With 500 stores worldwide, and products like jeans, casual wear and accessories available in more than 100 countries with brands that include Levi's®, Dockers®, Signature by Levi Strauss & Co.™ and Denizen®, the values of empathy, originality, integrity and courage power the company's commitment to "drive profits through principles".

Commitments to equality and sustainability led Levi Strauss & Co. to integrate American factories before the Civil Rights Act, lead multi-national companies in establishing comprehensive labor standards, take early and consistent action on LGBT equity, aggressively adopt water-saving and climate-conscious production techniques and support employees in their efforts to give back.

Recently, Levi’s outspoken leadership on issues such as the "Time to Vote" campaign, support for DACA (Deferred Action for Childhood Arrivals) and gun violence prevention have inspired many other companies and individuals to take action.

“Throughout our history, we’ve been pioneers for progress,” said Levi’s Chief Communications Officer Kelly McGinnis. “We are at our best when we’re leading the industry and fully leaning into our values – empathy, originality, integrity, and courage – those values have led us to take historic stances that may not have been popular at the time, but have proven to be on the right side of history. Whether it was integrating our factories long before the law required it, spending decades advocating for equality and sustainability issues, or responding to the call for greater civic engagement by weighing in on gun violence prevention, immigration nondiscrimination and voter engagement. Time and again we’ve seen that where we lead, others follow — and we're proud of the industry and social changes we’ve helped pioneer.”

2019 Golden Halo Award Winner (Nonprofit): Habitat for Humanity International
Habitat for Humanity began in 1976 as a grassroots effort on a community farm in southern Georgia. The Christian housing organization has since grown to become a leading global nonprofit working in local communities across all 50 states in the U.S., and in more than 70 countries. To date, Habitat has helped more than 29 million people gain access to new or improved housing.

Mistakenly many people think volunteering time on a build site is the only way to give to Habitat. Few realize the scope of Habitat’s work within the affordable housing sector or are aware that Habitat relies on monetary donations to fund their critical work.

To combat this challenge, Habitat has increased its focus on cause marketing and consumer fundraising. Since concentrating its efforts in 2017 around the theme of home through the organization’s signature “Home is the Key” campaign, Habitat has dramatically increased the scope of its corporate partnerships with business allies such as Nissan, At Home stores, Chico's FAS, and Google Nest. These cause campaigns, together with the long-standing support from other industry leaders such as The Home Depot, Lowe’s, Wayfair and Whirlpool, fuel Habitat’s work in the U.S. and abroad.

Offering varied ways of engaging has increased Habitat’s appeal to corporate partners. Companies can organize employee volunteer days on a Habitat site, donate products for sale in Habitat for Humanity ReStores, or leverage major event sponsorships that offer national media platforms. Increasingly, partners that join Habitat through one channel end up deepening and widening their work with the organization over time.

“A core tenet of Habitat’s philosophy is partnership. Whether it’s working side-by-side with a future homeowner on a build site, or Habitat’s partnership with companies to enable our work, we believe that the world is changed when we work together,” said Jonathan Reckford, CEO of Habitat for Humanity International. “The Golden Halo award represents years of work by our team and that of the entire Habitat network to engage partners in meaningful ways that help us carry out our mission. We’re honored to receive this award which recognizes not only what we have accomplished, but what we still hope to do.”

About Engage for Good
Engage for Good, producer of the Engage for Good conference and Halo Awards, is a national professional organization that helps business and nonprofit executives succeed together by providing practical information and inspiration, opportunities to build valuable relationships and recognition for outstanding work engaging employees and consumers around social good and cause-related marketing efforts. Learn more at http://www.engageforgood.com/.