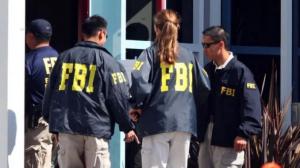 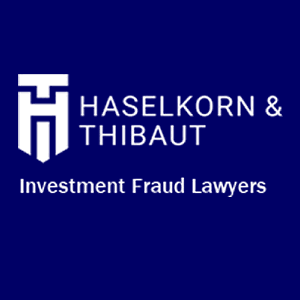 After investigations from state agencies, the FBI, FINRA, and SEC, GPB Capital investors found out about the arrest of the compliance officer for GPB Capital.

PALM BEACH, FL, USA, December 13, 2019 /EINPresswire.com/ — In the indictment, the United States Department of Justice charges Michael S. Cohn, the Managing Director and a Chief Compliance Officer of GPB Capital, with obstruction of justice. This is more negative news for GPB investors, many of whom have now decided file claims to recover their investment losses related to GPB Capital Funds.

In the indictment, the GPB Capital executive is accused of accessing case information on the ongoing investigation by the SEC into GPB Capital. The GPB Chief Compliance Officer (prior to taking that position was employed as a compliance examiner with the SEC) and while in that capacity he accessed and was allegedly sharing this information with senior GPB management. Four days later, GPB Capital hired him to a $400,000 per year job according to a CNBC news report on the subject.

According to Matthew Thibaut, Esq. of Haselkorn & Thibaut, P.A., a law firm representing investors nationwide, “… none of this reflects positively on GPB, not the auditor withdrawal, not the pending litigation, not the ongoing state and federal investigations, and certainly not when a recently hired Chief Compliance Officer is charged with alleged wrongdoing including obstruction of justice.”

What Should GPB Capital Investor Do?
GPB Investors may choose to continue sitting on the sidelines, but keep in mind that there are time limits applicable to potential claims that any GPB investor might be able to bring. GPB investors should consult with an experienced investment attorney regarding their potential claims. Advice or recommendations to GPB investors to “wait” and not take any action may not be in the best interest of the investor and might be coming from a self-serving source.

Investors seeking options to recover their losses from GPB Capital can call Haselkorn & Thibaut (InvestmentFraudLawyers.com) at +1 888-628-5590 for a free and confidential case evaulation.

GPB Capital Investigations Continue
Mr. Thibaut also noted that “… many financial advisors and broker-dealer firms have been telling their clients to ‘hold on’ and ‘hang in there’ for several months now when their investor clients are asking about GPB investments and those promises over most of the past year have hinged upon GPB being able to point to some kind of positive news or positive financial performance. A bog pin was stuck in that balloon back in June 2019, when investors found out there were declines of as much as 70% in their GPB investments…

Many financial advisors and broker-dealer firms promised GPB investors that if they just ‘hang in there’ until September 2019, there will be updated financials filed by GPB with the SEC. Unfortunately, that deadline passed with no new filings and more delays by GPB.

Now, GPB investors are once again being told by financial advisors and broker-dealer firms advising them to just ignore those deadlines and just continue to “hold on’ or ‘hang in there,’ only to now find out that deadline in September 2019 passed with no new information, and now the new Chief Compliance Officer recently hired by GPB Capital last year has been charged with alleged criminal wrongdoing including obstruction of justice.

Matthew Thibaut, Esq. added that “… it’s not just that it seems the news could not be much worse, it’s also that investor patience has been wearing thin… through late 2018 and into 2019 it is just one negative news story or event after another for GPB investors…” Mr. Thibaut goes on to note that: “… for those investors who continued to hear financial advisors and broker-dealer firms who sold them these investments to just keep promising the clients if they continue to ‘stay the course’ things will get better, that refrain was sounding very hollow to most investors earlier in the year, but the events unfolding since June 2019, the negative results of the financials that were filed, the lack of September updated financials, and now adding this recent news, it’s not just that the financial advisors and firms that sold GPB investments to their clients are sounding hollow or even straining their credibility anymore, with this latest news coming out, let’s just say they have some ‘egg on their face’ and investors that we are speaking to simply no longer trust the financial advisors and broker-dealer firms that sold them the GPB investments for large commissions.”

In 2018, GPB missed the SEC filing deadline for filing financials and has been playing catch-up since. The prior auditor resigned due to what was referred to as exceeding its risk parameters. GPB has suspended investor redemptions to focus on financial accounting and reporting issues, following the auditor resignation. In early 2019, the FBI raided the New York GPB Capital offices. According to media reports, several regulators and legal authorities launched investigations relating to GPB since 2018, including the FBI, SEC, the State of Massachusetts, and FINRA.

In June 2019, the still delayed financials filed with the SEC showed the reported values of the GPB capital funds had declined significantly, decreasing by a range of 25% to 73% depending on the individual fund.

About Haselkorn & Thibaut (InvestmentFraudLawyers.com)
Haselkorn and Thibaut, P.A. is a nationwide law firm specializing in handling investment fraud and securities arbitration cases. The law firm has offices in Palm Beach, Florida, on Park Avenue in New York, as well as Phoenix, Arizona and Cary, North Carolina. The two founding partners have nearly 45 years of legal experience and over 100 years of firm legal experience. They have filed numerous (private arbitration) customer disputes with the Financial Industry Regulatory Association (FINRA) for customers who suffered investment losses relating to issues similar to those matters mentioned above. There are typically no depositions involved, and those cases are typically handled on contingency with no recovery, no fee terms.

Experienced attorneys at Haselkorn & Thibaut, P.A. are available for a free consultation as a public service. Call today for more information at +1 888-628-5590 or visit our website and email us from there at www.investmentfraudlawyers.com.

The sole purpose of this press release is to investigate the manner in which GPB Capital funds were approved for sale by broker-dealers to investor clients, including new product reviews, due diligence, as well as the sales practice and supervision issues related to the recommendations and sales of GPB Capital funds and the transactions with investors related to same.