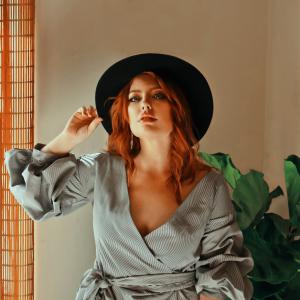 Over 112 artists have been confirmed as victims of intellectual property theft, with recordings stolen by fake artist accounts on all major streaming services.

I reached out to Spotify, Apple, and Amazon, and they would not help me.”
— Katrina Stone

NASHVILLE, TN, USA, January 14, 2020 /EINPresswire.com/ — As reported last week by Saving Country Music, over 112 artists have been confirmed as victims of intellectual property theft, wherein their recordings have been directly stolen and repurposed by fake artist accounts operating on all major streaming services, including Spotify, Amazon, Apple Music, Google Play, YouTube, and many more. Saving Country Music reports that the theft includes at least 831 songs, which have received in excess of 5 millions streams, generating an estimated $1,500 per week for owners of 24 confirmed fake accounts.

Los Angeles-based pop artist Katrina Stone was tipped off by fans that heard her music through Spotify’s Discovery Weekly feature, which means that the stolen songs are actively being promoted on streaming services. To date, Stone has identified 26 songs stolen and being sold by fraudulent accounts.

“I reached out to Spotify, Apple, and Amazon, and they would not help me,” Stone told Saving Country Music. "They were just too big. I had the burden of proof. To put in 26 copyright claims, one per song per streaming site would take forever. So I just went to the source. I reached out to DistroKid, and they opened an inquiry, discovered that all the music was mine, and then they said it would be down in about a week.”

As of last week, Stone has successfully had all 26 stolen tracks removed from the major streaming sites, over 7 months from the date they were first posted by the fraudulent accounts. Most troubling is that the technology to prevent such widespread theft and redistribution already exists. Stone, as well as Saving Country Music and other artists affected, used the free Shazam app to locate many of the stolen songs. Without regulation, there is little incentive for distributers to protect artists and songwriters.

“There’s nothing really stopping them,” Stone told Saving Country Music. “Even though my stuff was just pulled, they could upload it today under a different name, and I wouldn’t be able to find it. There’s no way for me to search for it. And who does the responsibility fall on? DistroKid makes you click a little box that says, ‘I acknowledge that this work is 100% my own.’ But you can just lie, and then they don’t have any responsibility anymore. Meanwhile streaming services are trusting these distributors.”

While this type of intellectual property theft should be concerning for everyone, it doesn't have the financial impact for multi-platinum artists that it does for the scores of hard-working independent artists who rely on their music sales as a primary source of income.

"Any normal person would get upset if the car they drive to work everyday was stolen," says Stone. "These songs are not only my property, they are how I make a living. I don't want anyone to get away with it anymore."

About Katrina Stone:
While the independent music scene in Los Angeles is vast and daunting, there are, on occasion, acts that break through the noise to prove their relevance as music moguls in the making. Katrina Stone is one of those rare talents. She has been lauded on an international scale through scoring brand endorsements, performing on national stages like the Warped Tour and CityWalk Hollywood, and even earning critical praise for her songwriting that can be heard in advertisements around the world. Her infectious pop track "Never Wanna Grow Up" continues to attract national attention with licensing placements with brands such as Wayfair, Hulu, Apple, Pez, and many more. Stone is currently wrapping up production on a forthcoming album, due in May, with a tour to follow.