Sunset on the Nile 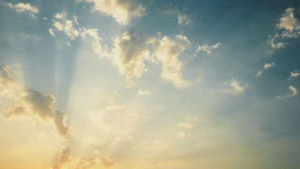 The Sky above the Montgo Spain 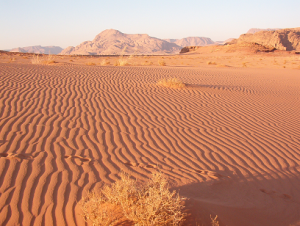 The Sand of Wadi Rum, Jordan

Empower your Body with the Conscious use of Earth, Water, Air and Fire

Conscious responsibility is the only way to live.”
— Zsa Zsa Tudos AKIA Philosophy

LONDON, UNITED KINGDOM, January 17, 2020 /EINPresswire.com/ — What is your humour type?

Humour, on the Land of Alchemy, means the blend of the different liquids in the physical body that makes each of us unique. This composition is created by the interrelations of the elements in the body.

In life, the most important things are taken for granted by earthlings. As if they were established for the whole time of existence, without any chance for alteration. Authors of the so-called, spiritual literature usually call them codes and recognise them as non-changeable conditions. Some even say that the chain is unbreakable for seven generations! I am aware that 7 is one of the main numbers in sacred geometry, however, in this case, it doesn’t carry sense at all, for taking on the load of 1 generation starts up the rolling motion, and it ends at the beginning.

Are they really unbreakable?

My work with AKIA philosophy embraces changes and interrelations, therefore I would definitely say, that everything is variable if the chance is given. And chance is the key here. Against all beliefs, it doesn’t arrive via thin air. One needs to initiate possibilities and trigger choices. However, one would only look for a peek of a new, if and when one is aware of its existence. This means that one has knowledge of certain interrelations and consciously seeking the change towards the ultimate fulfilment.

I am aware of the different understandings concerning the numbers of elements. However, there are logics in everything and in AKIA, similarly to the universe, we follow the laws of physics, according to which there are 4 basic elements we should be mentioning.

These 4 elements, Earth, Water, Air, and Fire, make up the physical body of an earthling. Each element mirrors a certain way of thinking, physical and emotional state of the owner, and the degree of its existence changes accordingly. They also show the evolutionary level of the human being in question. Since they are closely related, I do not separate physical, emotional and mental existence, but observe the interrelations of the three, as they blend, withdraw and overtake on the path of living. All four elements are essential when it comes to life.

On the ladder of evolution Earth is the basic element. That is what earthlings tackle, after having the first breath of fresh air. They start with learning to operate the physical body, as much as understanding material. The second would be Water with a mixture of emotions it represents. The third on the row is Air, depicting mental development, and the fourth is Fire, the Secrets, the Interrelations and Knowledge acquired from the universe that blended into the other three for clarity.

The responsibility of blending elements and transporting the Life Elixir falls on the Body Fluids, we refer to as Humour. The two most important components of Humour are blood and lymph. The first is distributed by the vascular system and the second is by the lymphatic system. The latter is also an essential part of the IMMUNE SYSTEM.
According to the percentage of the 4 elements, Humour can be put into 4 categories.

A good healer, who should also be an excellent seer, would be able to understand the physical, mental and emotional state of the earthling through the elements.

After the brief explanation, I point out that one’s humour – now I mean the way of dealing with life – would reflect the blend of the 4 elements at every given time.

Here you’ll learn about:
• the energy structure of the body
• chakras & aura
• the effect of thoughts & emotions on your health
• the 4 elements & their mirror on your state of mind
• to cleanse the body
• release the stress
• gather your thoughts

You will also have 4 beautiful coded meditations for healing and balancing your elements.

This video, pdf material and mp3 guided meditations walk you through the importance, understanding and healing essence of elements, putting a strong cleansing and relaxing tool into your hands. Take the unique opportunity of the discounted price we created for the holiday season.

To understand more, evolve faster and improve your physical, mental and emotional health, you need to take on the Initiations of Elements. The video material with textbooks will be available soon from AKIA Philosophy.