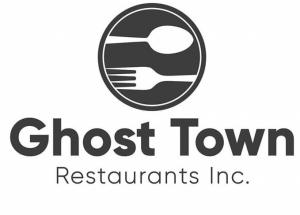 Ghost Town Restaurants Inc is a Georgia Start-up that has a formula for spreading ghost kitchens fast. They may well dominate this market.

ATLANTA, GA, UNITED STATES, February 27, 2020 /EINPresswire.com/ — There is a new way to do food that is rapidly advancing in the food delivery business. Ghost Kitchens! Ghost Kitchens are food service businesses that operate without a traditional brick and mortar restaurant. Typically, since their first appearance in the market in 2016, they were stand alone brands that competed with traditional eateries. Traditional restaurants are expensive to open and operate. They also have a significant risk of failure. Ghost kitchens, in their original form, carry this same risk, just less money is at risk, the expenses are less too; they also lose the value of visibility in the community.
Now enter Ghost Town Restaurants Inc. (GTR) A Georgia start-up that has a model ( called syndicated virtual restaurants) that graduates the former effort, which takes several months to build out and open and can have a relative high cost. Ghost Town Restaurants Inc. has found a way to make it all work while drastically reducing the start-up costs and timeframe to open a ghost kitchen.
Ghost Town Restaurants is poised to take this market by storm. With the ability to expand extremely fast, GTR offers new and existing restaurant brands the ability to enter any market area in a sixty-day timeframe. This agility has been demonstrated in the Atlanta Market Area where GTR, in a proof of concept stage, opened nine virtual restaurants in less than 60 days, on less than 50k.
With opportunities throughout the southeast region, GTR plans a national expansion over the next thirty-six months. “We are ready to take control of the virtual kitchen market” says founder and CEO Daniel Francis. “We have figured out how to achieve an elusive goal”. Francis says that he anticipates the market for ghost restaurants to expand over the next 60 months. Other ghost kitchen companies have raised over 10 million in 2019. Former Uber CEO, Travis Kalanick has put his money in this space with a multimillion dollar investment into Cloud Kitchens. Addressing this Francis says, “When we can get a kitchen open in two weeks for less than 10k, we can move fast with that kind of funding”.
According to Forbes Magazine, online ordering sales may exceed 200 billion over the next five years, they are anticipated to be over 30 billion in 2020. This fast-paced growth is fueled by the busy society we live in.
Kitchen United is another ghost kitchen. They all operate within the delivery apps such as Doordash, Ubereats and GrubHub. As those companies’ flounder, the kitchens are thriving. Francis says, “The GTR model is different from the others”.
“Consolidation would be a great plan for the delivery companies” Francis says “This would make the process much better, right now, they are not so reliable.”
Consolidation is in progress as these companies have gobbled up many smaller versions over the last two years.
The market for Ghost Kitchens is somewhere along the line of fantastic, and if Ghost Town Restaurants has their way, they may well be about to own it.