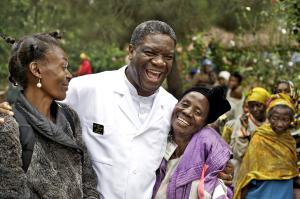 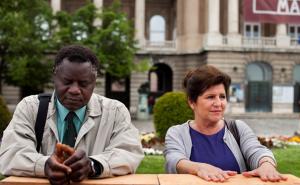 The Citizen is a “poignant drama” – Chicago Reader

Film is a powerful social media and a powerful source and tool for change. It is important for filmmakers to realize and use their power through their film making.”
— Diarah N'Daw-Spech, ArtMattan Productions

NEW YORK, NEW YORK, USA, April 3, 2020 /EINPresswire.com/ — The New York based company ArtMattan Productions started its activities in 1993 spotlighting international cinema directed by and focusing on people of color all over the world.

ArtMattan Films most recent acquisitions include The Last Tree by Shola Amoo (Sundance); Made in Bangladesh by Rubaiyat Hossain (TIFF), Uncovered by Zuko Nodada (Durban), 2 Weeks in Lagos by Kathryn Fasegha (Cannes Market) and Marighella by Wagner Moura (Berlinale).

With a library of more than 100 titles built over the last 27 years, ArtMattan Films is happy to participate in the Virtual Cinema initiative, a collaboration between Art House cinemas and distributors launched in response to the coronavirus related theater shutdowns.

Today, ArtMattan Films is joining other distributors by launching its ARTMATTAN FILMS VIRTUAL CINEMA to make available to Art House movie theaters 10 films from its library of international favorites.

Diarah N’Daw-Spech, the co-founder of ArtMattan Productions explains “a number of filmmakers have used films to make social commentaries directly tied to serious issues in their communities. Film is a powerful social media and a powerful source and tool for change. It is important for filmmakers in general and filmmakers of color in particular to realize and use their power through their film making.”

Now, with digital distribution, theaters can share these meaningful stories with their audiences.

The films available to theaters through ARTMATTAN FILMS VIRTUAL CINEMA are:

2 WEEKS IN LAGOS
“2 Weeks in Lagos paints a dynamic and vigorous canvas of the city and its vibrancy. Efficiently performed by a stellar cast, well written with accurate humor and unexpected twists, it’s an accomplished, sensitive and timely romantic comedy.” ~ Brazilian Press

TAZZEKA
"Tazzeka has a lot to say about the passion that fuels people, the way society treats immigrants, and how those two elements interrelate." ~ Film Threat

GURUMBÉ: AFRO-ANDALUSIAN MEMORIES
"This is a brilliant combination of ethnomusicology and history enhanced by superlative performances." ~ Counterpunch.org

THE MAN WHO MENDS WOMEN: THE WRATH OF HIPPOCRATES
“Thierry Michel signs a work as shattering as it is fascinating.” ~ Metro

SINS OF THE FLESH (HARAM EL GASAD)
"Outstanding both as neo-film noir and as a penetrating examination of class relations in Egypt that helps explain the continuation of capitalist oligarchic rule." ~ Counterpunch.org

UNCOVERED
“Uncovered delves into a number of the country’s most sensitive subjects such as land and the political culture, breaking boundaries into uncharted territories for a South African production.” ~ JustNje.com

THE CITIZEN (AZ ALLAMPOLGAR) – “A careful, compassionate and beautifully acted character drama with a social conscience.” ~ The New York Times