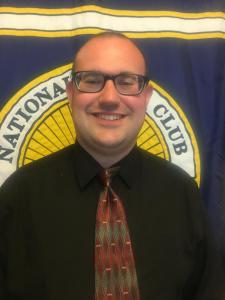 Weiner and Filtz begin, "House Speaker Nancy Pelosi (D-CA) and President Donald Trump have called for a next 'phase four' coronavirus rescue bill to follow on the just passed legislation, which leaves many in the lurch. The Senate majority leader Mitch McConnell (R-KY), who is in a tight reelection bid, calls more legislation 'too expensive,' and is asking Pelosi to 'stand down.' Assuming Pelosi, who just appointed a Select Coronavirus Committee, stands her ground instead of 'down' and again works with Treasury Secretary Steven Mnuchin and President Trump to get something done, she may have to not only provide benefits to vulnerable people missed in the last bill, but agree to a Trump 'infrastructure' package she wanted anyway and had called for– which McConnell and House Republicans never wanted to pay for.

They continue, "South Carolina Congressman James E. Clyburn, the new chair of the bipartisan committee on the coronavirus, told us three years ago that Congressional Republicans simply didn’t want to pay for infrastructure– the jobs building roads, bridges, tunnels and grids desperately needed. Yet now it may happen."

They point out, "But there is another desperately needed area which also must be in the rescue and infrastructure bill. In the United States today, more than 30 million American children rely on schools providing the National School Lunch Program. While the nation is effectively on lockdown, the number of children’s and families’ stomachs has not been reduced."

They explain, "With most states’ schools being closed and students not getting their daytime meal due to coronavirus precautions, the time is now for the White House and Congress to increase benefits to food stamps (SNAP) as well as eligibility for it. This would alleviate financial stresses placed on working-class and lower-working-class Americans already burdened by layoffs caused by the coronavirus impact on the economy."

They write, "For example, 109,000 Detroit households are now on food stamps according to Statistical Atlas. More economic troubles are in store as the jobless crisis mounts — 10 million new unemployment claims nationwide this week."

They assert, "Carol Olander, Ph.D., who is the former national head of Food Stamp and SNAP Research at the Department of Agriculture and liaison to the Senate Agriculture Committee, agrees with a recent Center on Budget and Policy Priorities assessment. Olander told us in an interview for this article that SNAP 'funding in the stimulus package only temporarily meets the shortfall expected given the increased number of people eligible under current rules.'"

They continue, "She added, 'The legislation does not address the fact that without changes in eligibility rules or an increase in maximum benefit, many who until recently were employed will be put in an untenable situation of using limited savings and high cost credit or tapping modest home and vehicle assets just to eat. Such an outcome will only delay the ultimate recovery of the economy and increase the divide between those who have and those who do not.'"

They go on, "The $2.2 trillion stimulus signed by President Trump on Friday will provide $450 million for The Emergency Food Assistance Program, which supplies food banks. Media showed mile-long lines. There are and will continue to be more 'clients' as job losses mount– and horribly, more deaths— Dr. Anthony Fauci says 100,000 to 200,000 deaths projected coming. Those will mostly be adult bread earners. What remains unstated in this dilemma is the fact that children will be left in the lurch. Some $350 million would buy additional food, and $100 million would be used for distribution.

They contend, "While it appears that the bill provides billions in additional funding for the Supplemental Nutrition Assistance Program (food stamps) and Child Nutrition Program ($9 billion), it would not expand eligibility or benefits. SNAP itself will get just $25 billion. However, American corporations will get a whopping $500 billion. For a widely discussed next, additional stimulus bill to help the most vulnerable Americans, it makes sense to get more cash straight to the working class."

They write, "In effect, there’s $500 billion for corporations in the Congress and White House virus 'rescue,' but just crumbs for SNAP."

They assert, "Bipartisan effort from the Trump administration, House, and Senate would lead the way forward and would most effectively help the states, cities, and areas with the most food-insecure households in the U.S."

Weiner and Filtz conclude, "Another important aspect– ALL in Detroit, Michigan and around the country should respond immediately to the Census– whether by phone (allowed), online, by mail, or in person. Stacey Abrams, former Georgia House Minority Leader, now leads Fair Count, a major Census-supporting organization. She just this Wednesday told the National Press Club that the Food Stamps (SNAP) number of people who can receive benefits is also determined by responses to the Census. So ALL have a roll in the benefits count."