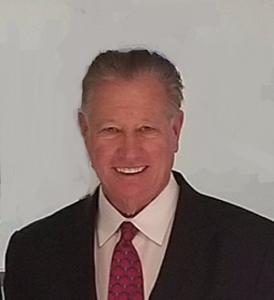 The stalemate in Congress over the relief bill has got to end. Our elected leaders play politics while 40 million jobs could be lost permanently.

It is time we furlough federal and state employees and freeze payments to Congress. When our governments workers share our pain then relief bills will get passed. ”
— Charles Laverty, Nuzuna chief executive officer

NEWPORT BEACH, CALIFORNIA, UNITED STATES, August 7, 2020 /EINPresswire.com/ — Our Congress has already failed us but there is a simple solution to align them with the American people. Let them share our pain firsthand.

The lockdowns caused the largest contraction in the second quarter of this year that the US economy ever recorded. The jobs of 40 million Americans are going to be lost permanently because at least 4 million small businesses are on the edge of collapse. The ripple effect of this will set the entire country back decades and the loss in public revenue will ensure that no state or federal program will be safe either.

We have children in congress who want to hold up the critical stimulus package for small business so they can load the bill down with pork for special interests. The solution for this is simple. It is time to furlough government workers until the bill gets passed.

Freeze payments to congress at the state and federal level. This includes furloughing their staff. Don't pay any government employees from the people's tax rolls. Don't pay schoolteachers, school administrators or any union member of the school system. Only pay fire departments, police, and the military.

Congress should not be allowed to treat this emergency as just another chance for politics as usual. Let them share the pain of the business owners and all those families who depend on the jobs they support. This will resolve the stalemate in one day and the President will sign the bill.