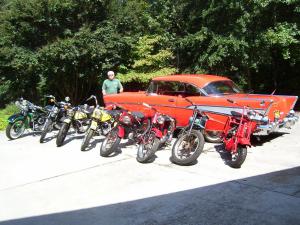 Items belonging to Preston Evans’s longtime friend Buddy Austin, recently deceased, will be sold, to include his beloved 1957 Chevrolet Bel Air and a collection of vintage motorcycles. 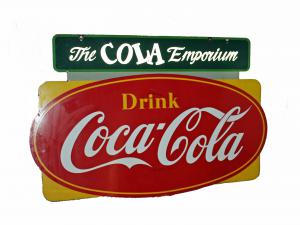 Coke collectibles, many of them early and in impeccable condition, will include rare and vintage coolers, posters, dispensers, clocks, vending machines, buttons, ice chests and even a bicycle. 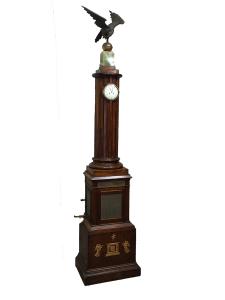 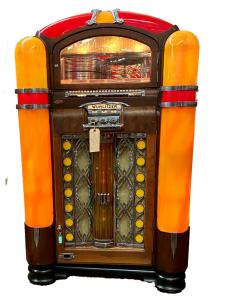 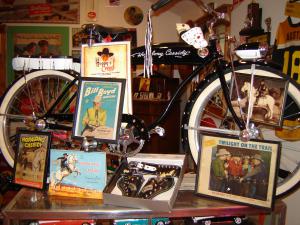 We’ve got a trailer, bleachers and chairs in addition to the indoor room. Everyone will be able to see what we’re selling. We’ll have three people calling the sale. Part of the sale will be live-only.”
— Preston Evans

BYRON, GEORGIA, UNITED STATES, August 11, 2020 /EINPresswire.com/ — Preston Evans of Preston Opportunities is very good at many things – like collecting and being an auctioneer – but he’s terrible at retiring. “I tried to retire,” he said from his home in South Georgia, “and it worked until I was motivated to get back in the auction ring. I found it impossible to sell all my collections in the time I spent trying to put together an event.”

That was four years ago. Since then, at least five important collections have fallen into Evans’s lap (including the estate of his longtime friend and fellow collector, Buddy Austin, recently deceased). Those items, plus Evan’s leftover inventory never before offered for sale, all add up to one thing: a major auction for all of it, planned for four days, the weekend of Sept. 4th thru 7th.

The auction will be held at the Big Peach Antiques Mall in Byron, Georgia, 12 miles south of Macon, off exit 149 of I-75, at 119 Peachtree Parkway. Start times all four days will be 10 am Eastern. Seating will be available in the lower room of the mall. The expected overflow crowd will be accommodated outdoors. Limited online bidding will be through LiveAuctioneers.com.

The vintage cars are worth noting up front, for their rarity and importance. They will be sold at the Saturday, September 5th session and include the following:

Other cars include a 1953 Pontiac Chieftain Deluxe Eight Custom Catalina with original paint, a 1948 Willys Jeepster, a 1950 Cadillac Series 62 sedan, a 1911 Willys-Overland Touring car, and a 1928 Packard Model 526 five-passenger sedan. The cars are being sold as-is, in varying states of condition. A few have been lovingly restored, while others are awaiting a return to their glory.

Rare and vintage motorcycles and motorbikes, all from the Buddy Austin collection, will also be sold on Saturday. They include a Harley-Davidson Hummer motorbike, a Gulf motorbike and a Cushman motorbike. Bicycles will also come up for bid. Examples include a Monarch Super Deluxe, a Schwinn Stingray, an 1892 Victor, a 1958 Eljin, a Schwinn Phantom and many others.

The Friday session, September 4th, will be open for registration at 7:30 am with a preview lasting until 10 am, when the first gavel falls. The live-only session (no Internet bidding) has been dubbed Buddy’s Barnyard Items, in honor of Mr. Austin. Items sold will include toys, Western items, advertising, Popeye collectibles, movie posters, car parts and automotive accessories.

The movie posters include examples from the films Gentlemen Prefer Blondes (with Marilyn Monroe and Jane Russell), Butterfield 8 (with Elizabeth Taylor), Dodge City (with Errol Flynn and Olivia De Haviland), The Dawn Trail (with Buck Jones), The Fight Never Ends (with Joe Louis), The VIPs (with Richard Burton and Elizabeth Taylor), The Good Die Young and others.

The Coke collectibles, many of them early and in superb condition, are second to none. They include rare and vintage coolers, posters, dispensers, clocks, mostly dime vending machines, buttons, ice chests and even a bicycle (the bicycle will be sold with the other bikes, on Saturday).

Slot machines will be led by a rare 5-cent slot made in the 1930s by Superior Confection out of central Ohio, with “Buffalo Nickels Only” logo. Also sold will be a Mills Jackpot Bandit, a Jennings Light-Up slot, a Poinsettia slot, a War Eagle slot, a Wolf Head slot and Little Duke slot.

Jukeboxes – a category Mr. Evans knows a little something about, having collected them all his life – will feature Wurlitzer models 1700, 1800, 2104, 1015, 800 and 1080. Also offered will be jukeboxes from Rock-Ola, AMI and Seeburg. There’s also a Harley-Davidson-themed jukebox.

Advertising items are hugely popular because they display so beautifully in the home (or even on a house). Lots to watch include signs by Royal Vacuum, Pepsi-Cola, AAA Auto Club, Packard, Hires Root Beer, Sun-Rise Beverages, Ebert’s Ice Cream, Merita Bread, Squirt soda and many others. Also sold will be a Ray-O-Vac clock, Marvin’s Crackers box and an RCA Victor display.

Petroliana is another hot collectible, and a must-have for the man cave. Lots on offer include gas pumps for Flying A, Texaco, Shell and Polly; a Gulf Gasoline globe; and signs for Fire Chief gasoline, Sunoco Gas and Cactus Tire Boots & Patches. Old barber shop chairs will also be sold.

Vintage and antique toys will be plentiful and will feature many toy cars, trucks and horses. Lots expected to do well include an American Railroad Express Agency truck, a Looky fire truck, a Strutco truck with box, and more. A nice assortment of Dick Tracy collectibles will also be on offer, to include a police car with siren, siren police pistol and G-Man gun silent alarm pistol (all in the original box), a Dick Tracy comic and Dick Tracy poster, a toy car and a G-Man toy gun.

Automata features a group of three museum-quality figural examples from the early 1800s, with the original clothing. Two are blackamoor figures (one is playing a musical instrument, the other is smoking a pipe), while the third figure is feeding a pig. Other automata include an elephant-themed cigarette dispenser made in Berlin in 1949 and a 1930s-era Hollywood marionette figure.

Other movie-related items include a stereoptical viewer and cards, a tabletop viewer, a Keystone camera, a stereopticon, floor model viewers, a Tom Mix projector with reels, and posters for the films The Miracle Rider (with cowboy star Tom Mix) and Junior Bonner (with Steve McQueen).

The Sunday, September 6th session will include spillover items from several of the abovenamed Saturday categories, but will also include magic memorabilia, music boxes and clocks. Folks will want to mark their calendars for the music and magic offerings. Both of them are important.

• An Encore Automatic Banjo, designed and manufactured circa 1900 by the American Automatic Banjo Company (N.J.), a precursor to the jukebox and marketed mainly to businesses. It’s a rare, large and beautiful treasure: 6 feet 10 inches tall by 2 feet wide.
• A 19th century French barrel organ clock, circa 1884, magnificent in stature, 8 feet 6 inches tall, topped by a bronze eagle perched on an alabaster plinth, a carved fluted column containing the clock, the music from the small wooden flute pipes striking at 12.
• An automatic accordion playing nickelodeon known as the Maccordion, circa 1960s. A fine example and one of only a few made by G.W. MacKinnon (Charlotte, N.C.). Comes with a player piano, two playing accordions and other instruments, in a custom cabinet.

Other music-related offerings include a Theatrophone (a concert-size cylinder phonograph, precision milled, circa 1904, in a nicely crafted maple cabinet), two organ barrel Gerbruders, an Edison phonograph, a Nickelodeon Seeburg L, a pipe organ, and vintage pianos and organs.

The magic category may just be the most astounding one of all. It will be led by items specific to Houdini (his leg irons, handcuffs, and locks), a bust of Houdini, posters for his Metamorphosis show and one titled “Europe’s Eclipsing Sensation”, and various ephemera. Other magic items are related to David Copperfield (including a check he wrote to Preston Evans, framed), The Amazing Randi, Thurston, Alexander, The Great Sorcar, Carter the Great, Germain the Wizard, The Great Virgil, Kar-Mi, Ken Griffin, Dante, Goebel, Neff, Von Arx and Harry Blackstone, Sr.

The watches category will feature British pocket watches dating as far back as the 1700s, some with repousse cases. Other lots include a Breguet repeater pocket watch with gold chain that strikes on the hour with a sound; and a 1947 wristwatch engraved with the name of a Packard employee for his long tenure with the car company, also engraved with an image of a Packard.

The selection of pre-1900 weapons is far too lengthy to list individually, but bidders should know that they are slated to be auctioned off Monday, September 7th. “We may also auction some as time permits on Saturday as well,” Mr. Evans said. The weapons category includes guns and relics that date as far back as 1400, antique guns and swords (all pre-1899), flintlock pistols and rifles, and hard-to-find Civil War items (to include items from the Gettysburg, Pa. vicinity).

“We’ve filled the building with merchandise, now we’ve got to figure out where to put the people,” Evans said with a chuckle. “We’ve got a trailer, bleachers and chairs, in addition to the indoor room. Everyone will be able to see what we’re selling. We’ll have three people calling the action. Part of the sale will be live-only, like the entire Friday session of Buddy Austin items.”

To learn more about this auction, please visit www.prestonopportunities.com. To inquire about purchasing a brochure, or for any other matters, send an email to presto434343@gmail.com.