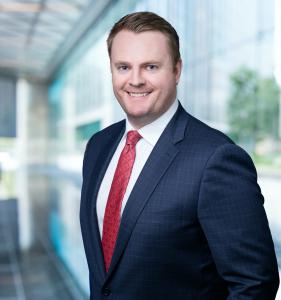 Prop 22 seems like a win-win scenario, but leading personal injury and employment attorneys at Kramer Trial Lawyers A.P.C. caution it may not be.

When deciding how to vote on Proposition 22, one thing is clear, it is imperative to dig beneath the surface and not be persuaded by campaign advertising.”
— Daniel K. Kramer, Kramer Trial Lawyers A.P.C.

LOS ANGELES, CA, USA, October 29, 2020 /EINPresswire.com/ — The advertisements are everywhere; Proposition 22 seems like the perfect win-win scenario: keep rideshare services in California to service customers and keep drivers employed and protected with the best benefits available. But leading personal injury and employment attorneys at Kramer Trial Lawyers A.P.C. caution voters: it may not be as good as it seems.

Proposition 22 seeks to classify drivers of rideshare companies like Uber and Lyft, and other app-based services such as Postmates, DoorDash, and Instacart, as independent contractors instead of employees.

Uber, Lyft, DoorDash, and other similar companies have come together, spending hundreds of millions of dollars, to push this proposition through to become law after the November 2020 election. With proponents such as Mothers Against Drunk Driving and the NAACP assisting in the advertisements, it seems that Proposition 22 will be useful for consumers and drivers alike. However, on closer examination, this may not be the case.

In 2019, the California Legislature passed Assembly Bill 5 (commonly referred to as “AB 5”) which codified a test for classifying workers as either employees or independent contractors called the “ABC Test”. Under AB 5, workers are presumptively considered employees, and the burden is on the employer to prove that the workers are actually independent contractors. This distinction is important and has serious ramifications throughout all industries, including the legal field.

Under the law, employees are afforded greater protections and benefits, including workers’ compensation, unemployment, minimum wage, and sick leave, whereas independent contractors cannot access these items. In addition, persons who are injured by the negligence of an employee who is acting in the course and scope of employment at the time of the incident may also seek to recover against the employer under the doctrine of respondeat superior. In the context of personal injury lawsuits, this often means access to greater insurance policies and deeper pockets that can provide better compensation to the injury victim. Employers of independent contractors can often escape this vicarious liability.

Establishing employer liability for driver/worker negligence in cases involving app-based services such as Uber and Lyft has long been contested. These companies fight liability at every turn, although experienced attorneys are able to overcome this dispute. AB 5 made it easier to maintain a case against Uber and Lyft, and it also meant that these companies had to maintain certain benefits for drivers.

Proposition 22 removes these protections and allows companies such as Uber and Lyft to control the narrative as to how and when drivers are compensated. One such limitation proposed by Proposition 22 is that drivers would only be paid for “engaged” time, as opposed to time spent “unengaged” from the application, when the driver is waiting for the next customer. It would also provide a new hurdle for personal injury lawsuits alleging Lyft and Uber’s vicarious liability for the acts of their drivers. Not only would this be detrimental to seriously injured plaintiffs, but it could also be harmful to the drivers themselves, whose own insurance policies would be on the line in these cases.

In campaigning for a “yes” vote on Proposition 22, Uber, Lyft, DoorDash, and other companies suggest that drivers prefer the flexibility of working as an independent contractor, and also promise that drivers will be properly compensated and protected under the law. Yet, recent lawsuits filed on behalf of drivers suggest that these workers are not as happy about Proposition 22 as the companies would like.

In fact, last week, on October 22, 2020, a class-action lawsuit that challenges this very subject was filed in the San Francisco Superior Court (Valdez v. Uber). The case alleges that Uber has used its own application to pressure drivers into supporting Proposition 22, in violation of the California Labor Code, which prohibits an employer from controlling or directing the political activities of its employees.

“When deciding how to vote on Proposition 22, one thing is clear,” says Daniel K. Kramer, Kramer Trial Lawyers A.P.C. Founding Partner and Trial Attorney, “it is imperative to dig beneath the surface and not be persuaded by campaign advertising.”

Daniel K. Kramer continues, “Proposition 22 may not actually help drivers as much as it seems, these companies may be able to spend over $200 million on Proposition 22, but they cannot buy your vote.”