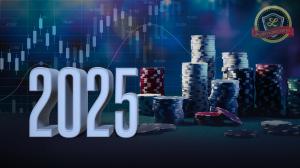 According to ResearchAndMarkets.com, North America’s online gambling market should grow at a compound annual growth rate (CAGR) of 14.78% from 2020 to 2025

Factors that will contribute to the sector’s expansion include forming stable economies in burgeoning countries, active development of IT-technologies, increased income levels, and laxer legislation regarding igaming.

Online casinos are one of the industry’s rapidly growing categories. In 2018, the American Gaming Association (AGA) estimated that around 2,800 such sites were active. In the past two years, that number has grown exponentially. Monthly figures of new platforms hitting the internet are staggering, leaving users to question the legit igaming sites.

The popularity of igaming is due to its optimal user experience and convenience of usage. Thanks to advances in smartphone and internet technologies, the sphere has gained significant traction in the past decade. Once 5G becomes the norm and latency a thing of the past, a new era in online gaming will emerge. 5G will allow for better live-dealer experiences, more complex slot titles, and the incorporation of augmented and virtual reality technology. Currently, the live casino market in North America is at a nascent stage, owing to stringent regulations. However, providers such as Evolution Gaming and Ezugi have licenses to provide live games in New Jersey.

Only four states fully regulate online igaming, Nevada, Delaware, Pennsylvania, and New Jersey. Michigan should join this quartet in the coming months as lawmakers are putting in place licensing rules. New Jersey is the market leader, posting online casino revenues of $482 million in 2019, representing a 61.6% increase from 2018. Pennsylvania is the fourth state to regulate the practice, and it’s the biggest of the bunch and the fastest-growing market. As per data from the Pennsylvania Gaming Control Board, Pennsylvania’s casino’s gross total gaming revenue surpassed $3.3 billion in 2018-2019, bolstered by the legalization of sports betting. Though, slots contributed to this figure with almost $2.4 billion.

Online sports betting has a significant share of the market, which will grow year-to-year. In the US, twenty states already have legalized the activity, and six more have recently passed bills regarding it. Dozens of countries worldwide currently allow companies to offer sports betting services to their residents, and numerous others are developing such legal-frameworks.

It is now commonplace for sports leagues and teams to form partnerships with igaming operators. The list of authorized betting operators for the NBA includes DraftKings, FanDuel, The Star Group, MGM Resorts, and many more. In February, the NFL announced that they would allow operators to sponsor teams. The Denver Broncos made history by being the first to announce such a partnership in June with FanDuel, and in July, they forged a similar deal with BetMGM. In Europe, top soccer teams have been teaming up with operators for more than a decade. Popular igaming brands that sponsor soccer clubs include Bwin Sports, 888 Sports, Betway, and BetVictor.

The European market is far more regulated than any other, with the Western side catching up to the Eastern market revenue-wise. In Asia, wagering on sports and games of chance is only wholly legal in three countries and partially legal in six. In South America, nine states allow gaming establishments and four offer pari-mutuel facilities. Though 80% of Australians enjoy playing games of chance, the 2001 Interactive Gambling Act does not allow companies to offer internet gaming services to residents. However, it doesn’t forbid players to access offshore gaming sites. Africa strictly regulated the activity, with South Africa being the market leader and Egypt coming in second.

Experts forecast that the number of countries that will allow real-life and internet wagering will rapidly grow in the next five years, on every continent, as governments cannot lose tax revenues from residents who are already betting at foreign sites. The Canadian Gaming Association estimates that the unregulated internet market annually generates around CAD 1 billion in revenues.

The North American market is highly fragmented and compromised of global and regional players. International companies such as 888 Holding and William Hill are making massive moves in the US. However, the same applies to Nevada-based corporations such as Caesars Entertainment and MGM Resorts International, who have been branching out to the digital sphere for years. These players enter into partnerships with each other and local operators to enhance their offerings.