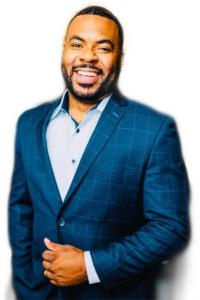 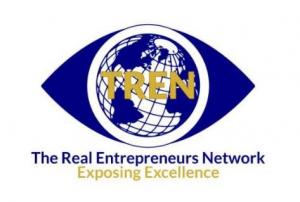 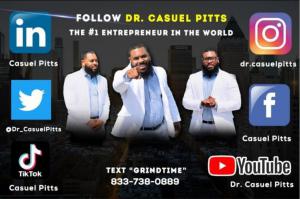 USA, January 15, 2021 /EINPresswire.com/ — At first glance, Dr. Casuel Pitts may seem to be a self-made man. And one would be justified in thinking that. After all, he’s been an entrepreneur since the age of seven. And over the past twenty-eight years, he’s built a veritable empire. But Dr. Pitts credits his success to a greater power. He firmly believes that God is the only one who has gotten him to where he is today. He believes too that God has given him the gift to help people and build businesses. Building businesses is what Dr. Pitts is a Master at.

Dr. Casuel Pitts aims to own thirty businesses. So far, he owns twelve. He sees himself as a Legacy Builder. He specializes in taking businesses from $0 to $1M in a year. He has over twenty-two partnerships in other businesses, owning 15 -20% equity. Additionally, he sits on the boards of six other companies. It’s no wonder he was voted number one entrepreneur in the world and featured in six major magazines. He’s well-known for saying “Coming together is the beginning, sticking together is progress, but working together is success.”

Everyone has a purpose in life. Dr. Pitts believes his purpose is to change the world through entrepreneurship and teach people how to marry kingdomship into entrepreneurship. One way he does this is through speaking at functions and mentoring. His job as a speaker includes: moving the crowd by explaining his journey; empowering the crowd to believe that success exists; and creating a plan of action so it becomes a reality. He teaches drive, dedication, and determination.

His latest achievement is becoming the owner of The Real Entrepreneurs Network (TREN). The channel is available through Roku TV and displays entrepreneurs from all over the world. He has spoken in 22 schools, 45 churches, and 88 events and hosted 21 conferences around the world. To book him for a speaking engagement, email bookcasuelpitts@gmail.com

Dr. Pitts also runs a mentorship program through one of his businesses, Entrepreneur Empire. Through this program, he pushes people to their limits. He helps them understand their goals and what they mean to them, and the role their goals play in their success. The mentorship program features an evolution. His mentoring program offers different resources to help them reach their goals.