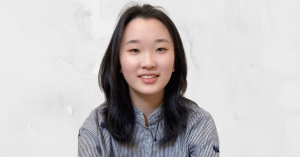 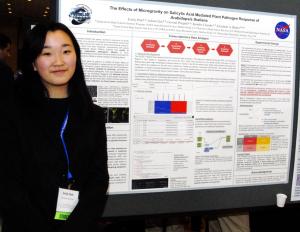 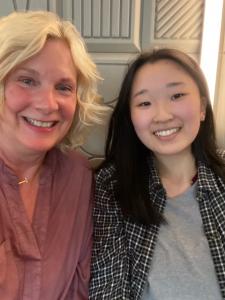 Rising freshman at UC Berkeley, Park aspires to become an engineer who sparks humanism in technology and a musician who opens audiences’ inner, locked doors

I have always believed that hybridization, where science and humanities fuse, is the key to bridging the breach between STEM and diversity.”
— Emily Park, Aspire2STEAM Scholarship Recipient

DES MOINES, IA, USA, August 5, 2021 /EINPresswire.com/ — “If I was running a tech or engineering company, I’d want Emily Park on my team,” said Cheryl O’Donoghue, CEO at Aspire2STEAM.org. “She is already using technology to maximize and enrich human interactions, knows who she is, cares deeply about others, and has a driving passion to alleviate social and educational inequities. She is exactly the type of person we need to help all of humanity thrive in a technologically driven world.”

Emily is the second of three Aspire2STEAM “ASPIRER” scholarships made possible through two generous benefactors—Jean O’Neill, an award-winning leader in the technology channel, and Jean’s mother Bennie Jean Schladoer O’Neill who passed earlier this year at the age of 87.

“My mother was very bright and industrious,” said Jean O’Neill. “She worked incredibly hard, first on her family farm and then throughout her life as a secretary, bookkeeper, and data entry clerk. She also managed a household of eight and we were quite the lively group! My mother would have been so proud to have this connection to Emily by sponsoring her scholarship. Emily is an extraordinary scholar, technologist, musician, and humanitarian.”

Emily, the daughter of two Korean immigrants recently graduated with high honors from a Title I, low-income high school. During high school, she was involved in numerous activities which ignited her interest in serving humanity through technology while putting humans before technological advancements.

Emily voluntarily hosted benefit concerts at local senior centers to help spread comfort through her musical talents as a cellist and pianist. Many Alzheimer’s patients would come to listen. She would spend time helping the residents remember the common melodies and the names of songs and began to see the world through their eyes, seeing how they felt isolated from the rest of society without knowing what was happening to themselves. “After my first choir accompaniment senior concert, I felt the urgent need to bridge the gap between elders and society and further improve artificial intelligence to help tackle these neurological disorders,” said Emily. “As I watched seniors singing along and tracing back their lost memories, I realized where I wanted to employ my engineering expertise—to spark humanism and bridge the absence of communication between the distinct cultures and generations through social robots.”

After recognizing the digital divides between the elderly and technology, Emily was able to expand her ideas on other challenges to tackle—socioeconomic differences, language barriers, and under-resourced communities. She started working at IPMD Inc. to develop a platform that entails the ability to understand human emotions and create a human-AI interaction. Additionally, she finished an internship with the U.S. Army Research Office as a Computer Vision Intern, classifying objects in computer vision and user-query-focused video summarization to help research white-box adversarial attacks.

As Emily begins her next journey, attending University of California Berkeley as a Regents’ and Chancellor’s Scholar (awarded to the top 1.5% of incoming students), she will pursue a bachelor’s dual degree in Computer Science and Data Science. Emily is very clear on her academic and extracurricular focus. “I have always believed that hybridization, where science and humanities fuse, is the key to bridging the breach between STEM and diversity,” said Emily. “I will use the experience and knowledge gained through my university’s research and team-based projects and, after college, I will launch a venture that addresses this breach.” Emily already has a few successful ventures under her belt. Through her affiliation with The VINE Junior non-profit organization, she and her team fundraised over $10,000 and coordinated donations of musical instruments and supplies to underprivileged children. She also was the Founding Hardware Developer at Innexgo LLC where her team secured $10,000 in funding and collaborated with area school districts to improve student attendance using RFID identification scanners.

Growing up as a Korean-American, Emily, like many Korean-American children, felt the fear and uncertainty that comes from living in a country where racial microaggressions and the festishizing of Asian women are commonplace. She struggled to find her identity and found support through the National Association for Korean Schools (NAKS). With the help of their resources, she was able to accept her cultural heritage, which began pushing her to fully pursue her dreams. In the process, she wrote about her impressions on Korean culture as a multicultural student and received 2nd place (out of over 230 applicants) in the national NAKS Book Report contest; received the Junior Leadership Award GOLD by the President of NAKS in recognition of “promoting Korean heritage education through devoted hours of volunteer service”; and earned a national Outstanding Achievement Award in the NAKS sponsored “My Dream” speech competition.

“Through my NAKS journey, I realized that an individual’s ‘voice’ cannot be found—it can only be built by traversing through experiences and moments that create who they are,” said Emily. “And now, after finding one part of my identity, I work to find other pieces of myself, including my voice in engineering. Through countless endeavors—from research internships to even my own start-ups—I am striving to become a more defined Emily and become who I truly am.”

Aspire2STEAM.org (formerly known as Mission Sisters Who Work) is a charitable 501(c)(3) nonprofit organization. We provide scholarships and mentoring to young women and girls who are working hard—aspiring—to achieve careers that require education in science, tech, engineering, the arts or math…and they could really use a hand up over the incredible barriers of student debt and rising education costs, and the real, ever-present opportunity barriers that still keep them out of most male-dominated industries. These young women are doing their part, let’s help them by doing ours.

Donate now. Your kindness is a catalyst for change and empowerment for the young women and girls we serve.