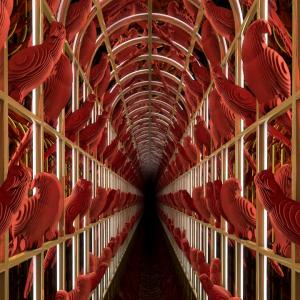 Us and Them by Chloe Kim 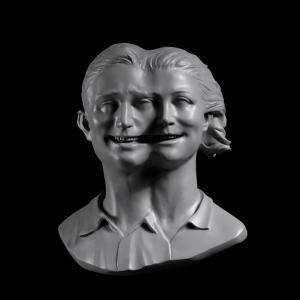 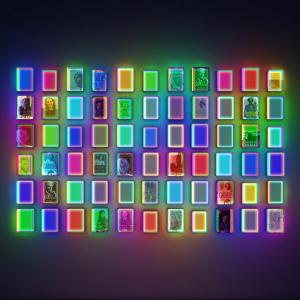 The Room of Reflection by Airan Kang

The PODO Museum in South Korea is hosting the exhibit, "The World We Made." Seven of Korea's most acclaimed modern artists are engaged.

From the viral sensation Gangnam Style to the stadium-filling concerts of BTS to the Oscar-winning movie Parasite, there is little doubt that South Korea has established a global connection with its media and arts. Even beyond pop culture, artists from South Korea have also been earning attention and praise across international museums and galleries. Critics and collectors alike have been drawn to the contemporary art scene that has fueled the engine of this cultural powerhouse.

PODO Museum, located in the luscious island of Jeju in South Korea, is presenting an exhibit featuring seven of Korea’s most acclaimed modern artists. The exhibition, “The World We Made,” offers stunning pieces from the multidisciplinary artists, highlighting the oneness of our humanity. Offering commentary on the issues we face, the pieces speak to the borderless nature of the problems we encounter as well as the hopes and dreams that we share. The more viewers dive into the collection, the more they can peel back the layers of our common existence.

In addition to the physical exhibit, the team behind the concept worked with the artists to create a new way for a global audience to engage. Featured by Binance, a decentralized NFT (non-fungible tokens) marketplace, has prepared a virtual NFT collection of the exhibition, allowing fans and collectors alike to buy NFTs minted on the Featured by Binance platform.

“We are excited to collaborate with forward-looking partners, T&C Foundation, to bring a contemporary art exhibit into the NFT realm. The exhibit "The World We Made" touches on many pressing issues in our present era. Besides the wonderful aesthetics and creativity, we hope that these NFTs will serve to generate awareness and discussions on these topics.” said Teck Chia, CEO of Featured by Binance.

The exhibition has been curated by Chloe Kim, Creative Director of PODO Museum and the CEO of the T&C Foundation. The pieces spotlighted by the collection include the works of Yongbaek Lee, Seonglib, Yongju Kwon, Sujin Choi, Airan Kang, and Kijong Zin as well as Director Chloe Kim. There will only be one edition for each NFT, and the auction will launch on August 8th until August 15th. The highest bidder of the campaign will also be able to host a private event at the beautiful PODO Museum for one day.

About T&C Foundation
T&C Foundation (established in 2017) curated the apov (“Another Point of View”) exhibition, “The World We Made.” The foundation conducts scholarship, education, welfare, academic research and support projects to resolve educational inequality and foster empathetic talent. Under the “apov project,” the T&C Foundation plans and operates exhibitions, conferences, and publications, leading an in-depth discourse on an empathetic society.

About PODO Museum
PODO Museum is located on the stunning Jeju Island just off the southern tip of South Korea. The museum itself is a destination, its architecture a nod to Korean minimalism sitting in the midst of natural wonder and beauty. Inside its walls, PODO Museum serves as a culture space and curates exhibits that lend to its mission of promoting diversity, equality, and ecological awareness. For its first exhibit, PODO Museum invited T&C Foundation, a foundation dedicated to educating children through culture, to hold “The World We Made” and “Käthe Schmidt Kollwitz — It is Spring, My Son” exhibitions. The exhibits will be on display until March 2022.

About Featured by Binance
Featured by Binance (Featured.Market) is a non-custodial, on-chain NFT platform incubated by Binance X, the innovation arm of the world’s largest crypto exchange by trading volume. The platform runs on Binance Smart Chain and facilitates the full life cycle of NFTs for creators, brands, and their fans, including minting, marketing, distribution and secondary trading. Visit: https://www.featured.market/

The World We Made, an Exhibit in the PODO Museum