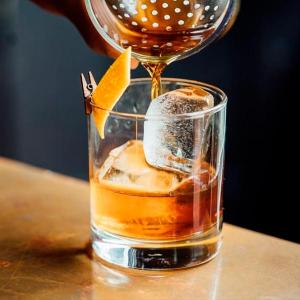 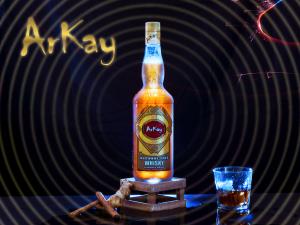 Arkay Beverages first moved into alcohol-free ‘spirits’ in 2011 after the launch of Arkay’s in the US. The brand was created by Reynald Grattagliano in early 2007.

The original agreement saw Arkay Beverages became the exclusive distributor and marketer of the Kentucky 74 ‘s range in the US but did not include an equity stake in the brand.

US-headquartered Arkay Beverages confirmed the new deal in a statement: “Arkay Beverages has acquired a majority stake in the distilled non-alcoholic ‘spirit’ brand Kentucky 74’s. The brand has been a success in the zero proof spirits category as consumers have embraced the joy of missing out, and Kentucky 74’s maintains the number two position within the category.

“Following the majority stake purchase, global marketing of Kentucky 74’s will be driven from Fort Lauderdale and the brand will continue to expand through Arkay Beverages’ extensive global distribution network.”

Kentucky 74’s is made with natural aromas and spring water. The range includes the Bourbon Whiskey expressions.

The brand made its debut in the US in October 2020 and is now available in more than 24 markets.

Since 2011, Arkay Beverages has been fine-tuning various zero-proof spirit recipes, including vodka, tequila, gin, whisky, bourbon, and brandy, among many others, for the appreciation of fine liquor without the alcohol.

ArKay has 0% alcohol, and it is designed to allow individuals with medical conditions or religious beliefs that prohibit alcohol consumption and drink. Imagine being able to enjoy a favorite drink at parties without worrying about drinking and driving. Consumers will not miss a thing, as ArKay tastes and looks exactly like traditional liquor. It has the flavor and the burn of a real liquor. It is suitable for drinking straight-up, on the rocks, or with favorite mixers.

Arkay Beverages is a family-owned business. The company is not part of a large multinational conglomerate.

Reynald Vito Grattagliano is perfumer, self-made scientist, an entrepreneur, and philanthropist driven to solve the world's biggest challenges through innovation. Reynald is the spark behind the current alcohol-free spirit movement, having been the first in the field to imitate spirits giving consumers a sober option to a night out. He transformed himself into a perfumer millionaire before 30, establishing bottling plants worldwide, selling several times his companies, and making millions for himself.

As the founder of Arkay Beverages, Reynald Grattagliano sees beyond the current business and technological landscape, creating a real impact companies and being the doyen of the alcohol-free spirits category or zero proof spirits category.