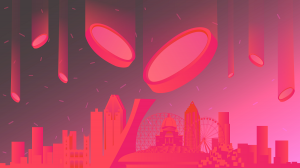 Emma42 was created by a group of young professionals who sought to help businesses succeed online. The team members have experience in design, marketing, content creation, brand development and blockchain networking. The team at Emma42 create customized plans for clients to convert exposure into successful call-to-action campaigns.

Emma42 recently secured itself as a major contributor to the NEAR Foundation as a curator for its marketing, advertising and design needs for its first convention in Lisbon, Portugal, and others throughout the rest of 2021 and on forward.

NEAR is a non-profit foundation headquartered in Switzerland responsible for contracting protocol maintainers, funding ecosystem development and shepherding core governance of the NEAR protocol. NEAR runs jointly with Ethereum, Polkadot, Cosmos and more, allowing for the free flow of assets and communication between networks. NEAR is listed in the top 50 cryptocurrencies as of today.

Emma42 aims to collaborate with the mayor of Montreal, Valérie Plante, to launch the city’s very own CityCoin $MTL. This CityCoin would be built on top of the layer one solution NEAR Protocol, which is a carbon-neutral blockchain compared to most blockchains that aren’t. This
Mindfulness of energy costs everywhere is part of Emma42’s values.

The reason Emma42 is emphasizing the importance of creating Montreal's CityCoin is to place the city's technology ecosystem strategically on the map, as other big cities have launched their own coins, such as Miami, New York and Austin. Many more cities worldwide will follow. A CityCoin permits additional revenue streams for local governments, as well as for the population. The token is programmable and run by validators, which could be anyone in Montreal. In turn, these validators would earn percentages by participating in the good execution of the coin.

“We believe no opportunity should be left on the table,” said Emma42's Chief Executive Officer, Jayson Samuel Hadjadj. “Our vision has been to serve as a powerful extension of your own marketing department, with no overhead or long-term contract, managed by our team of experts delivering you digital greatness.”

For more information about Emma42's projects and to learn how they can improve businesses' eCommerce solutions, visit emma42.ca.