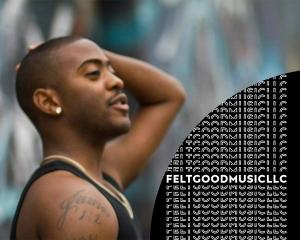 Blake B, a talented Dallas-based music artist has announced the establishment of FeltGoodMusic LLC, his own record company.

Everyone either quits on you or rushes you for their personal gain. Take notice. Back Like I Never Left”
— Blake B

DALLAS, TEXAS, UNITED STATES, November 19, 2021 /EINPresswire.com/ — Blake B, a Dallas-based artist, has announced his return to the industry by launching a record label called FeltGoodMusic LLC.
With the release of his first album WelcomeG earlier this year, FeltGoodMusic LLC was formed. The label will finally release the long-awaited album Monsters, which will showcase the artist's amazing talent

In and of itself, FeltGood music is a genre of mood music for any and every life moment, that his fans and followers believe Blake B invented. Years of networking and hard work have led to the formation of FeltGoodMusic LLC. Blake B has worked with well-known artists such as " 52 Savage" (Dallas rapper), Prophecy Video (the late Mo3's main videographer), Senior Executive Engineer / Producer " Mr. Lee" (the sound behind half of H-hits Town's and the Late Nipsey Hussle's Blue Laces 1 and 2), and others. To know more about the new record label created one can visit feltgoodmusicllc.com.

ABOUT BLAKE B
Blake B is a Dallas-based artist who lives in the Bishop Arts District. Years of grinding led to the creation of FeltGoodMusic LLC . Blake B was a former Co-Founder of Sucker Visuals . He was also the official cinematographer for Roylee Pate, the late great Dallas comic legend. To learn more visit blakebmusic.com and solo.to/blakeb