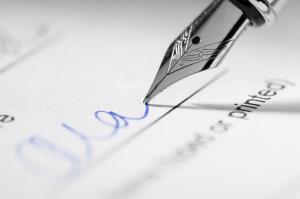 The implications of a fraudulent document has great effect on the individuals before the court. The outcome affects real people and will have lasting impact to their lives.”
— Dwayne Strocen

TORONTO, ONTARIO, CANADA, November 23, 2021 /EINPresswire.com/ — Docufraud Canada (www.docufraudCanada.ca) announces its acceptance of documents for forensic examination written in either Hindi or Punjabi language. While Docufraud does not offer translation services, analysis provided by our certified and qualified document examiner can be submitted to the court in both India or Canada.

We’re seeing an increased level of international travel and immigration to and from Canada. Docufraud staff often interact with citizens who maintain ties not only in Canada but also in their country of origin. Canada is host to a large Indian community and not surprising, most Indians maintain ties with family and relatives who remain back in India.

Don’t let the name Docufraud Canada give the impression we only provide services in Canada. We are a professional company providing document examination services to the global community. We have provided court accepted forensic reports in such countries as Albania, Bahamas, Barbados, India, Jamaica, Lebanon, Pakistan, Poland, Qatar, Tanzania, Turks and Caicos, and others.

These days our global community is truly global. Consequently the same legal matters that originate in one country overlap into the other. These commonly are estate matters such as a Last Will or marital and child custody matters including disposition of assets, business concerns and of course many others. Communicating in English especially with complex legal matters can be a challenge.

Dr. Kaur was directly appointed as Scientist ‘B’ (Documents) Gazetted Officer by the Government of India at a British era laboratory in Shimla as the world’s second oldest forensic institution after Scotland Yard. Now being merged with Central Forensic Science Laboratory, Chandigarh, India. Dr. Kaur has provided Forensic Examination Services throughout Canada and India including, Delhi, Chandigarh, Haryana and Punjab, also Ontario, Alberta, British Columbia, Saskatchewan, Manitoba, Yukon Territory, Quebec, New Brunswick, Nova Scotia. Being Multilingual and fluent in Hindi and Punjabi, she has examined documents written in other languages including Hindi, Punjabi, Korean and Chinese.

Docufraud Canada is top ranked as Canada’s premiere Forensic Document Examination company. Dr. Kaur has provided expert opinions to the court on multiple occasions. We have analysed and examined thousands of documents brought to us by lawyers, corporations, government agencies, regulatory bodies and the everyday person. We examine handwriting to determine authenticity, altered documents to uncover shady dealings and signatures to detect forgery.

The skills of document examination can be complex, the outcome can have lasting implications. There are many characteristics a trained examiner looks for in a signature. The obvious characteristics are slant, spacing of words, line quality of the strokes or a flourish at the end of a signature. The forensic examiner also looks for unnatural tremors, hesitations, patching, retouching, slowly drawn strokes or guidelines of various forms in the writing which may indicate signs of traced forgery. Misspelling of a name, (yes we’ve seen it) or pen pauses and pen lifts as a person struggles to form the general appearance of a signature. A genuine signature should be smoothly and fluently executed. The elderly or persons with certain medical conditions have their own challenges. The forensic examiner will observe and respond to these changes in ability.

The implications of a fraudulent document has great effect on the individuals before the court. The outcome affects real people and will have lasting impact to their lives. In many instances, it could be a life long impact. We understand those concerns but how does a judge make a determination and render judgement in favour to one and against the other. There are many factors but one thing always holds great weight with the court. Did both parties agree to the terms of the agreement and sign their acceptance of said agreement?

To prove such a case requires evidence to substantiate the claim. Simply put, is the signature or handwriting genuine or not genuine. Was it traced, affixed by cut & paste or by some other means. Technology is improving daily, Dr. Kaur employs special image processing software that can detect even the most sophisticated attempt at forgery. No matter if your legal dispute originates in India or in Canada, we are here to provide a professional forensic examination of your documents, regardless of what language they’re written in.